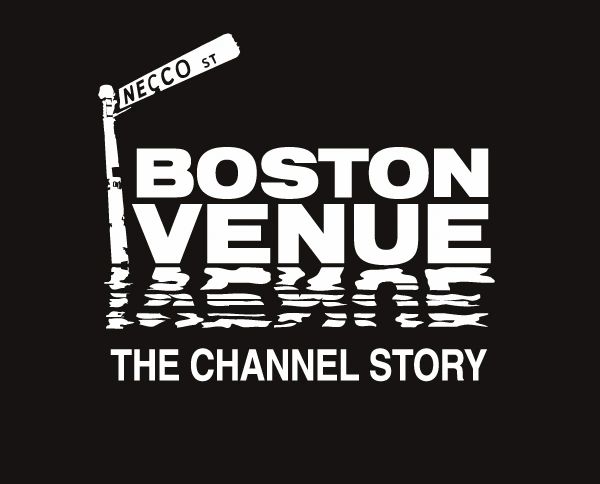 The Complete and True Story by Harry Booras

This podcast tells the true and complete story of the Channel nightclub in Boston, bringing the truth to light!

Based on a book in progress containing the vivid recollections of club founder Harry Booras, we cover the too-true-to-believe tale from the club's beginning in 1980 to its inglorious end at the hands of Boston's most ruthless mobsters.

Over the years, there’s been a lot of rewriting of the club's history.

Harry led the operation of the club for eleven and a half of its twelve years of existence.

It's time to set the record straight once and for all.

This podcast is Harry's story…but it is also YOUR story!

If you were there — as a performer, audience member, employee, roadie, tech or media member, please share your memories, impressions, and observations. We're looking for the ones most representative of the true Channel experience to include in the narrative.

All comments are welcome. Even if you don’t have a memory to share, we’ll keep you in the know with updates and advance downloads.

Here we are in 2020 with a major change in how we will experience live music even when we get to the new normal. Like The Channel did in the 1980s ChannelVision will bring us as close to the music as possible given this period of social isolation.

In a collaboration with Gigabit Live, for the first in the  series  which started June 23rd ChannelVision presented The Next Generation featuring young up and coming artists whose family members either played or worked at The Channel.  We had the series monthly through August and were able to raise some donations to help the contributing  artists out and will be back again on Tuesday, November 17th!

Boston’s live music venues are still closed and musicians are still hurting. In an effort to continue to help those in the Boston music community who are in need because of the pandemic, Boston Venue set up the Boston Venue Unity Fund, which is now a tax exempt 501c3 charity.


So please consider making a tax free donation to the Boston Venue Unity Fund and help out artists who are really hurting due to the closure of Boston Venues.

For the month of May 2020,  we reprised The Channel's lunchtime mini-concerts from the late ’80s, featuring local and national headliners, a WBCN emcee,  presented in a virtual format, live on Facebook!

The series, which currently has over 50K views, featured Channel headliners including Jon Butcher of Jon Butcher Axis; Sal Baglio of The Stompers; Dan Zanes of The Del Fuegos; and Adam Sherman of Private Lightening. In the first weekend of Channel Vision, we featured Mike Girard and Rich Bartlett of the The Fools, Tom Hambridge of TH & The Wreckage, accompanied by his daughter Rachel, Fred Pineau & James Melanson of The Atlantics, Dave Herlihy & Dave Martin of O Positive, Gerry Lehane, James Young, Peter & James O’Halloran of The Dogmatics (from their porch), DiDi Stewart & Alizon Lissance of Girls Night Out, James Montgomery, Danny Tucker of Zion Initation, Kenny Chambers of Moving Targets and Vinny Noble of Bim Skala Bim.  Plus, legendary WBCN personalities including Chachi Loprete, Oedipus, Carter Alan, Carmelita and Bradley Jay have co-hosted and led discussions after each performance.

The concerts were held every Friday in May at noon on our Facebook page, and ended May 29th. This was followed by the first weekend of Channel Vision 2020: May 29th to 31st (exactly 40 years since The Channel's opening) which  featured a series of Zoom-powered, freeform performances, discussions, and a silent auction.

The silent auction featured items donated by Channel alumni including Woody Geissman of The Del Fuegos, Janet LaValley of Tribe, Joe Perry of Aerosmith and The Joe Perry Project, Tom Hambridge & Buddy Guy!  We raised $1,020.00 in the auction and a grand total of $5,624.00 for the month! All the winners received their items and checks are on the way to performers who participated, as well as to Right Turn, a great nonprofit organization that assists musicians with substance abuse issues.

To all of the artists, panelists, hosts that participated, people who donated and most of all each of you that tuned in in May-August : THANK YOU!

Hear It Now On RadioPublic

Early winter, 2018. A knock on the door and suddenly Harry Booras finds himself face to face with an FBI agent and state police detective investigating the long-ago murder of one Steven DiSarro, a club owner serving as a front for the Boston mob. DiSarro was purportedly, the last manager of a Boston nightclub called The Channel. Booras was the first. Harry Booras opened The Channel in South Boston on Memorial Day weekend 1980, as a Boston live music club.

For more than a decade it brought in acts and audiences spanning all genres of music. All genres. A weekly calendar might look like this: all ages hardcore matinee on Sunday, up-and-coming rock showcase on Tuesday, Afro-pop extravaganza on Wednesday, a head-banging metal show on Thursday, a vintage bluesman on Friday, topped off with 60s rock legend in town on Saturday night. Diversity was the driving force in the success of the Channel.

Like the booking calendar, the venue's audience was all over the place. African dashikis mixed with leather and chains. Punk and folk and prog. Martin acoustics and Marshall stacks — The scene was all scenes. Often mingling between shows on the same night.

Unlike the glossier disco clubs of the day, The Channel had a no-frills approach to decor and amenities, instead pouring most of its resources on the stage. The result was one of the best sounding rooms on the east coast, and a rich selection of local, national and international acts lined up to play the club.

In the early 90s the business fell on hard times. After a streak of misfortunes The Channel fell into the hands of a seedier ownership group. After failing in a six month effort to continue live music shows the club rebranded as Soiree, the nightly acts were now strippers, not singers. The once eclectic and energetic audiences were replaced with gentlemen's club regulars. After a short time, the building shuttered for good.

But before it did there would be threats, car fires, and at least one man would lose his life. This is the story of The Channel.

It all started with a knock on my door by the FBI.  They assured me I wasn't in trouble but they wanted to talk to me about the Channel, a rock club I owned in the eighties.  They were investigating the cold case murder of who, they said was the last manager of the Channel, one Steven DiSarro.  An aging mobster "Cadillac Frank" Salemme was going on trial for his murder.  What followed was months of drama, while Salemme was on trial for the 1992 disappearance and murder of  Steven DiSarro ...